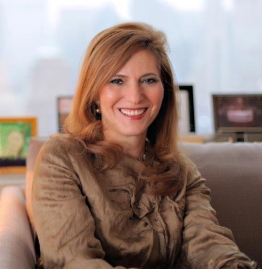 Since 2001, Jennifer Raab has led as President of Hunter College, the largest college in the City University of New York system, with 23,000 students, five schools, and an annual operating budget of more than $250 million. President Raab has led the successful transformation of Hunter College from an open-admissions institution to a selective, highly ranked college; under her leadership both graduation and retention rates have increased markedly.

Since she has assumed the presidency, Hunter has significantly increased its government grants and awards and strengthened its fiscal management.  President Raab has been responsible for securing $400 million in private support for the college. She has launched a $25 million library renovation; a science research and nursing/health professions facility in partnership with Memorial Sloan Kettering Cancer Center; a floor in the new Belfer Research Building at Weill Cornell Medical College; a $131 million School of Social Work in East Harlem; a new facility in Tribeca for Hunter’s renowned art graduate program and gallery; and the $25 million restoration of the historic 1908 Roosevelt House.

President Raab was a litigator at Cravath, Swaine & Moore and Paul, Weiss, after which she was was appointed Chairman of the New York City Landmarks Preservation Commission, a post she held from 1994 to 2001.

Crain’s New York Business named her as one of New York’s “100 Most Influential Women in Business” in 2007 and one of the “50 Most Powerful Women in New York” in 2009, 2011, 2013, and again in 2015. She has been honored by many New York and national organizations, including the Martina Arroyo Foundation, United Way of New York, the Bella Abzug Leadership Institute, the League of Women Voters of New York, and the Women’s City Club.

President Raab served on the Board of Directors of Compuware Corporation, and is  currently a member of the Council on Foreign Relations, serves on the Steering Committee of the Association for a Better New York, is a member of ExpandED Schools, and was a member of the 2004-05 New York City Charter Revision Commission.